In August 28th 2008, we’ve been invited by the Bremen Justice Department to facilitate a work session with representatives of 19 Member States – a group that later gave origin to the Exocop Network.

Four years later – and after dozens of meetings all over Europe and a magnificent work developed by professionals representing probation and prison services from most EU countries – we joined together for the “Exocop Policy Forum” and signature of the “Berlin Declaration” on cooperation, exchange of best practices, development of EU funding lines between the Member States, ESF managing authorities and the European Commission.

From the 16th to the 18th of June 2012, European Commission representatives, ESF authorities and probation and prison administration representatives from all over Europe, organisations like CEP, ICPA and EUROPRIS joined to discuss and subscribe a common understanding and future lines of action on the reintegration of ex-offenders.

Download the EXOCOP policy Forum programme here, and the “The Berlin Declaration on the Reintegration of (Ex)Offenders” here. 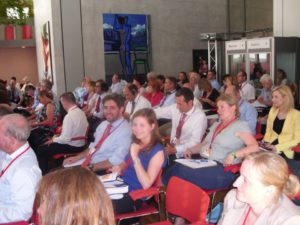 For further information about Exocop, the “Berlin Declaration”, its documents and studies, please contact ips@prisonsystems.eu